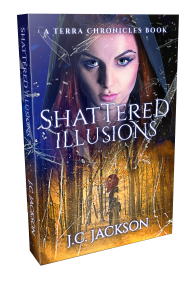 I now have physical copies of Shattered Illusions available. $9.99 each or get both Twisted Magics and Shattered Illusions for $17.99. And if you’re local in the Treasure Valley, go ahead and select pick-up and I’ll get in contact with you on where and when to meet up.

The release of Shattered Illusions is only a week away! To have some fun, Twisted Magics is on a Kindle Countdown Deal.

Here’s the breakdown for Amazon.com (all times listed are PST):

Here’s the breakdown for Amazon.co.uk (all times listed are GMT):

It’s a great time to pick up the first book if you haven’t already and get to know my crazy cast of characters before they get into even more trouble. Also both books are available/soon-to-be-available on Kindle Unlimited.

Shattered Illusions is up for digital pre-order on Amazon. Working on getting the physical proof in (and obsessively checking the mail for it) so we can go through it quickly and I can get pre-orders started. Setting up other sales for Twisted Magics. And the list continues. I might be found tugging my hair with everything going on and worrying about how the second book will be received.

Though this month’s IWSG made me stop and think about where I am. Did you ever say “I quit”? If so, what happened to make you come back to writing?

I’ve given up on projects. Just stopped working. Stopped writing for a while and eventually something brought me back. There were a number of years in a row I attempted NaNoWriMo and got maybe a few thousand words in before getting frustrated at my current life situation and simply dropping it and walking away. Kept thinking I was never going to finish anything.

I actually was about to give up even attempting the challenge when I got pestered to join for another year. Figured why not? It’s a day and a half before it starts and I have half of a concept. Found a great group of people in my area also participating and I just plugged along doing my thing.

Suddenly, this world I fought with for years came to life and I had a horrible mess. But there was something in that mess. Eventually it turned into Twisted Magics and well, I’m still writing that series and loving (sometimes frustrated at) the crazy things my characters get into.

What changed that made everything finally click? I changed which character I was trying to write from and went back in time. Sounds weird, I know, but having something (even when that something was a huge steaming mess) gave me the boost I needed to get back to writing.

Now I have these two with a third being edited (and more in planning): 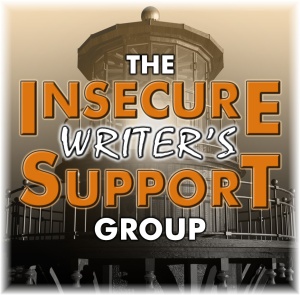 If you follow me on my Facebook page, you have already heard that I’ll be at Boise Book Fest this year. That was the first of a few announcements coming up.

Next is the cover reveal for Shattered Illusions!

A few people have gotten a chance to see me running around with mock-ups. Again, amazing work by the talented J Caleb Design.

Pre-orders are now available for digital copies on Amazon. I don’t have an estimated date yet for physical copies, but I’m going to try and have them in time for the June 21st release date. I will post as soon as I know.